Although the people behind Magento worked really hard to make the transition to the platform’s new version as smooth as possible, the migration can often turn out to be less than seamless, as a glitch or two can appear along the way. We firmly believe that Magento 2 is worth the effort, but if you really want to make the best out of the migration, why not look into some things that you might improve along the way, as long as you’re already making the transition?

Most developers and Magento partners recommend not overdoing it with customization, new features and extensions. In fact, many of them recommend getting rid of some that you’re not really using. When Magento 2 was first published, many third-party solution providers rushed to offer updated versions of their extensions and tools, which are, for the most part, either free or very cheap. An average merchant might then be tempted to add as many of them as possible, but this tends to slow down the website and hamper its performance. So, the rule of thumb here might be to pick the underused out-of-the-box features and/or third-party integrations that you really need and can afford.

The goal of every Magento store is to sell more. But when it comes to migration to Magento 2, the goal is to also avoid ending up with a heavy, slow site that users will absolutely hate. Below you will find some things you can implement during migration to really take advantage of the opportunity.

Merchandising is a very important part of the eCommerce business and you definitely want to do it right. Migration to Magento 2 is a great opportunity for you to improve all the factors that come into play when it comes to merchandising, most of all – product attributes, or more specifically, attributes-based rules.

When it comes to attributes, the rule of thumb is “the more-the merrier.” Additional product attributes (e.g. cos, items sold, etc.) give you more to work with in terms of merchandising and product promotion. The new Magento Enterprise version has a wonderful mechanism that takes a lot of the work out of visual merchandising and manual sorting. The more attributes your products have, the more complex your rules will be, allowing for advanced merchandising. You can create rules that work the best for you, for example, promotion of products that have sold over a certain number of items, or products with a certain margin, and so on.

Remember that product data can also be used for advanced search, for mailing and product recommendations, once you have installed the extensions for that, of course.

Straighten Up Your Product Data

If you are a merchant considering a switch to Magento 2, chances are you have probably been using Magento 1 for a couple of years now, in which case your product data probably got a bit messy. Migration to Magento 2 is the perfect opportunity for you to sit down with your developer and straighten up this data.

Pay attention to general data errors, messy attributes, inadequate naming conventions and so on. After you have optimized your product data, you will have a clearer, more unified catalog. While you’re at it, compare the data to your products and consider what else can be done in this area in order to improve merchandising of your product pages, up-sells and cross-sells and search results. 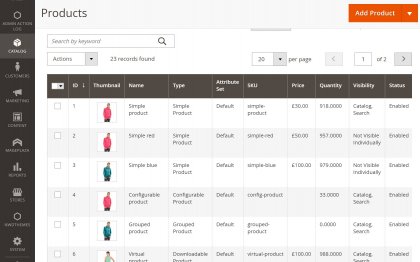 Make Use of Magento Business Intelligence

Magento Business Intelligence was always available in Magento 1, but many merchants ignored this feature, probably out of fear they wouldn’t be able to handle the data. In Magento 2, this feature has improved, and the migration is probably the best time to remember that it can be very useful for your sales.

This feature provides valuable insights into how things are going at your store. Small store owners will be pleased to learn that Business Intelligence is now offered in different packages, including very affordable ones. Some of the reports that count as standard in Business Intelligence include top customers, average customer value, customer lifetime value, products ordered per day, first time vs. repeat revenue, products growing in popularity, different reports regarding order status and processing, top performing products, and so on.

Migration to Magento 2 is also the right time to do something about your search functionality. Small stores usually rely on the Magento out-of-the-box search alone, but while you’re migrating and improving your store, we recommend you consider investing just a little bit of resources in a third-party solution.

It will definitely pay off, as search is actually one of the most important functionalities of any website, let alone an eCommerce one. There are some excellent integrations available on the market, so consult your developers and see which one works the best for you. Look for an extension that comes with strong error tolerance, NLP capabilities, interface with quick auto-suggest, filtering for refining results and automated catalog enrichment. 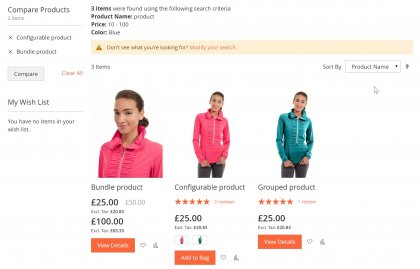 The power of personalized recommendations as a sales driver has been proven time and time again. This is something that you should definitely consider investing in during your Migration to Magento 2. It is an essential feature that does a lot for your ROI and there are plenty of great extensions for this on the market.

Ideally, it should be an extension with machine learning capabilities, in order to make the best possible use of the information on the products and categories a customer is looking into. Personalized product recommendations go hand in hand with email blocks, so make sure the extension you opt for also offers strong email customization capabilities.

As you can see, there is a lot you can do during migration to Magento 2 besides simply moving your data to the new version.

Migration is a process that is bound to take some time and effort, so make sure to make the best of it and to upgrade and improve your site. We promise this effort will reflect positively in your conversions, sales and overall revenue. Pick your integrations carefully and don’t hesitate to talk to an expert developer about how you can use the transition to optimize your entire site.

Transitioning from Magento 1 to Magento 2?